Went to the Jack Nkanga gig last night at the Jun Kembo Restaurant/Bar situated in the Matambo district of downtown Luanda. Jack played a long acoustic set featuring himself on vocals and acoustic guitar and a percussionist who played the cahon throughout the set. There is something very hauntingly melancholic about his compositions, which one could place in an indie folk rock vibe. The falsetto that he often uses in his vocal deliveries are very reminiscent of our dearly departed purple one – Prince, RIP. Jack originally hails from the DRC but came to Angola at the age of six: look out for his new album, which will be released early November. 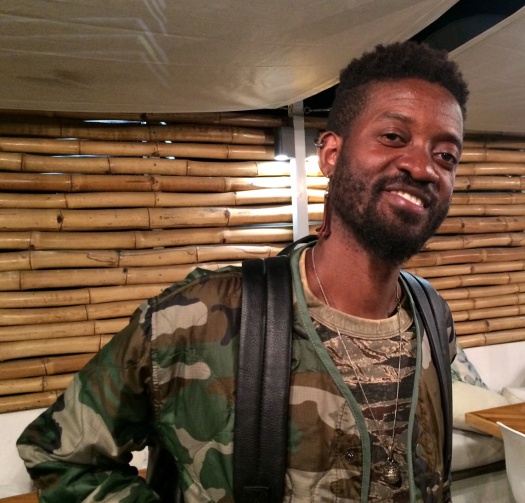 One Reply to “Jack Nkanga Concert”